Well, well, well… looks like it’s definitely going to be a good year for Rock music after all, because Radiohead made a major announcement after an informal year off: When the summer ends, the band will get back to work, recording and rehearsing new music.

Johnny Greenwood told to BBC Radio 6 , «We’re going to start up in September, playing, rehearsing and recording and see how it’s sounding… But, you know, we’re a slow-moving animal, always have been. I guess we’ll decide then what we do next.»

In the past year, Greenwood was busy working with orchestras, Thom Yorke spent his time on Atoms for Peace, Philip Selway began his solo album and Colin Greenwood focused mostly on charity work.

The band’s last album «The King of Limbs» was self-released in 2011 and debuted at number 6 on the U.S. Billboard 200, but was the first Radiohead album since 1995’s «The Bends» to not reach number one in the U.K.

We’ll be so looking forward to details of this potencial new album. Can’t wait!

T in the Park wrapped up another day of their 2014 festival with some big name acts.

Headlined by Calvin Harris, crowds flocked in their thousands to soak in the musical musings on stage. Even the pouring rain wasn’t enough to deter the revellers from having a boogie from within the Scottish fields.

With a line-up which also included Biffy Clyro, Rudimental and Manic Street Preachers, many are already hailing this year’s event as the best ever.

Plus more acts including Example at the Slam Tent and King Tut’s Tent.

For those who weren’t lucky enough to get their hands on tickets, BBC Three is providing coverage of all the goings on over the weekend. Tune in to BBC Three at 10pm tonight to hear tracks from Arctic Monkeys headline performance from T in The Park.

Here’s a playlist of T In The Park’s Performances so far. 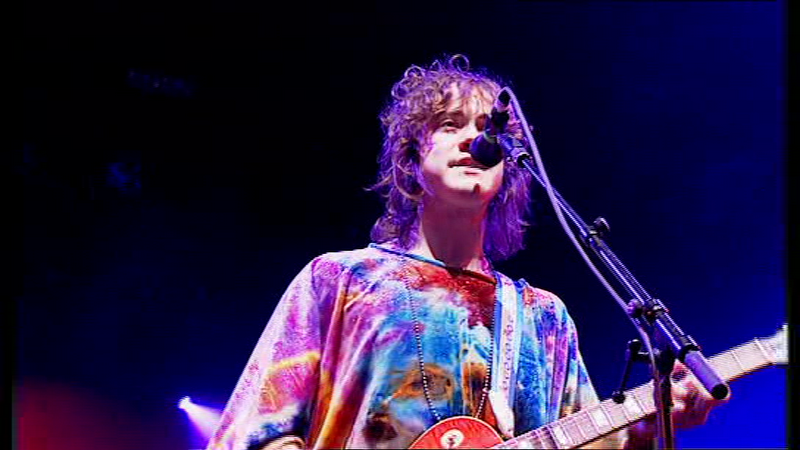 MGMT and Grimes are heading to San Diego’s 2014 Comic-Con International, where MGMT will play a live set and Grimes will DJ at a party for CraveOnline on July 25. The event will take place aboard the USS Midway, an aircraft carrier docked adjacent to the Convention Center, and appropriately enough TNT’s «The Last Ship» will sponsor.

Though Comic-Con has primarily been a destination for movie studios and TV networks to hype their latest franchises in recent years, it’s become a rising priority for the music industry to capitalize on all the fan activity. Metallica played a surprise show last year in support of their pseudo-documentary «Metallica Through The Never,» while VH1 Classic recruited Rob Zombie to play the first-ever Opening Party in 2012. Also on tap for Comic-Con 2014 are G-Eazy and Linkin Park, who will perform at MTV’s Fan Fest on Thursday, July 24.

The CraveOnline event is produced and booked by Mirrored Media, an L.A.-based music marketing company that has previously paired Metric with Acura for a fall 2012 tour and mobile-charging brand Mophie with key festivals like Life Is Beautiful, Coachella and Lollapalooza.

MGMT are touring in support of their third album, «MGMT,» which was released last September. Grimes has started teasing new material for her upcoming second album, including the single «Go,» which was originally intended for Rihanna. 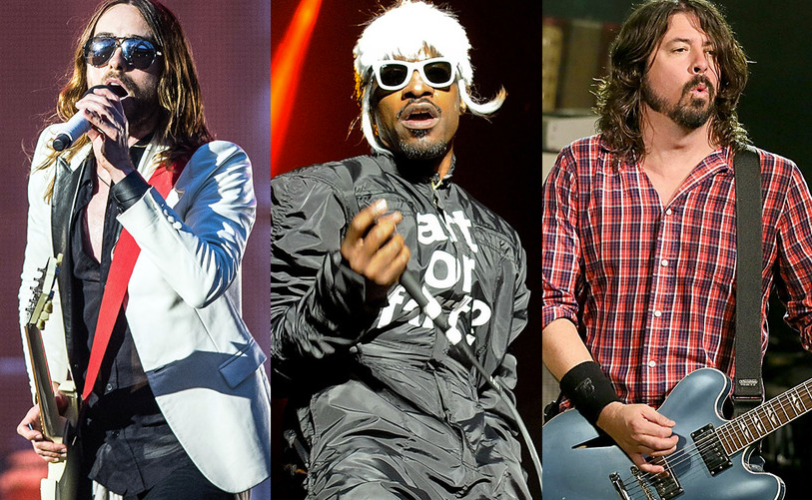 The full lineup for the 2014 Voodoo Music Experience is here!

Just one day after Fuse exclusively revealed that Big Freedia will rock the New Orleans fest over Halloween weekend, the full roster of artists playing Voodoo 2014 has been announced.

Tickets go on-sale to the general public on June 27 at 11am ET, but thanks to Freedia, you can get Voodoo tickets a full week early! Head to Voodoo’s site and enter the pre-sale code BIGFREEDIA (one word, all caps) to get tickets now. You’re welcome!

Yup, i bet you felt tricked too! In our defense we never wrote Peppers 😉

This is kind of enjoyable though.

Officials with Bayfest, the annual October music festival in Mobile, dropped perhaps their most impressive lineup yet for the 20th annual festival, set for Oct. 3-5 in downtown Mobile.

Among the highlights of the eclectic lineup:

• Invigorating indie rockers Foster the People, whose «Pumped Up Kicks» was a crossover smash.

• Grammy-winning singer/songwriter CeeLo Green, a former coach on «The Voice» whose smash songs like «Forget You» and «Crazy» (the latter with the group Gnarls Barkley) combine elements of R&B, hip-hop and alternative rock.

• Eclectic rocker Kid Rock, an area favorite whose audience encompasses fans of country, rock and hip-hop for hits like «All Summer Long,» «Bawitdaba» and «Cowboy.»

• Hugely popular country singer-songwriter Brantley Gilbert, whose country chart-toppers include «Bottoms Up,» «You Don’t Know Her Like I Do» and «Country Must Be Country Wilde.»

Weekend passes are available at http://www.bayfest.com and Mobile area Circle K stores for $60 through Sept. 19. After that date, the price rises to $80. Day passes at the festival gates are $40 per day. Children 12 and younger are admitted free with a ticketed adult.

Quentin Tarantino once told an interviewer about the Elvis phase he went through during his late teenage years.

“When I was about eighteen-years-old, I got waaaay into rockabilly music.” “I was like the second coming of Elvis Presley. I dyed my hair black. I wore it in a big ole pompadour.” And he put Elvis impersonation on his resume.

In 1988, just a year after he shot his first film, My Best Friend’s Birthday, the still-unknown auteur landed a cameo appearance on an episode of The Golden Girls. He described the appearance in a 1994 interview with Playboy:

Well, it was kind of a high point because it was one of the few times that I actually got hired for a job. I was one of 12 Elvis impersonators, really just a glorified extra. For some reason they had us sing Don Ho’s Hawaiian Love Chant. All the other Elvis impersonators wore Vegas-style jumpsuits. But I wore my own clothes,because I was, like, the Sun Records Elvis. I was the hillbilly cat Elvis. I was the real Elvis; everyone else was Elvis after he sold out.

BONUS!!! ENJOY ELVIS MUSIC BEFORE GOING TO SLEEP! JUST BECAUSE! ❤ 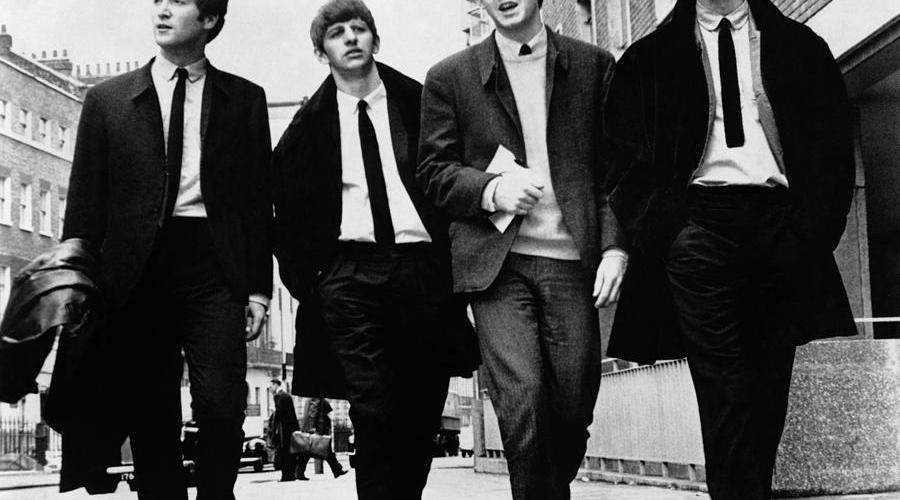 Well sort of, cause we are talking about Across the universe film that covered more than 30 original Beatles’ songs.
Have you watched it? If you love the 60’s Liverpool rock band you will enjoy this musical.

Opening to mixed reviews, Across the Universe was nominated for both a Golden Globe and an Academy Award. Two members of the supporting cast, Carol Woods and Timothy T. Mitchum, performed as part of a special Beatles tribute at the 50th Grammy Awards.

So here we have the Top 5 of the day!

2 – Across The Universe – Helter Skelter

Hope you enjoy! And let us know what do you think Beatlemaniatics 😉

Future of the Left opened the three-day event. The Cardiff four-piece suffering slightly from an early slot that saw them play to a sparse but appreciative audience. Frontman Andy Falkous was never going to let that put him off his stride though. He led his cohorts through a set of organised chaos so powerful the onlooking Pyrenees trembled under the weight of Julia Ruzicka’s mammoth bass sound.

First on at the main stage were Parquet Courts. The preppy New Yorkers treating the crowd to history lesson in East Coast cool – from The Velvet Underground right through to The Strokes, via The Ramones and Television. Their show is tremendously good fun without being ground-breaking. They run out of steam a little towards the end, the victims of the festival’s economical booking policy meaning they have to play for about 15 minutes longer than an opening act would normally.

White Lies brought their brand of synth-laden indie to a rapidly growing crowd in the early evening. Mainland Europe still lap them up. Harry McVeigh’s every whim is gladly indulged by the youthful Basque audience, leading to some of the most dutiful clap-alongs you’re likely to see.

Franz Ferdinand headlined the first day to a sea of glowstick wielding and fairly well lubricated fans. They are everything you’d want Franz Ferdinand to be – lively and accomplished with a string of sing-along choruses that most bands would sell their souls for. Live there is little of the art-rock tendencies that brought them to the world’s attention, just a whole lot of fun. Their show is certainly none the worse for it.

Bilbao BBK continues today with sets from The Prodigy, Bastille, Chet Faker, The 1975 and many more. Check back at Gigwise for the latest news, reviews and more from the festival.